The Curaҫao Ports Authority prepared a Master Plan to serve as an actionable strategic document guiding the realignment of waterfront assets along St. Anna Bay.

Always with the mission in mind of putting the waterfront to work for the social and economic benefit of the island, the Curaҫao Ports Authority prepared a Master Plan to serve as an actionable strategic document guiding the realignment of waterfront assets along St. Anna Bay. The Plan is the result of a series of interactions with stakeholders holding roles throughout the community, downtown merchants, and the general public.

A summary of this plan including a short video can be found on our web page : www.curports.com

Last week, CPA signed a contract with the local company JCC Development N.V., that will implement the first phase of the Master Plan in 2020 . The project is called THE WHARF and will be built on an area of 4,000 m² on “Kleine Wherf” (also known as Kop of Scharloo). The project comprises a complex of 35 luxury apartments with an investment of approximately ANG 20 million. CPA will act as ‘landlord’ and maintain ownership of the waterfront area. This first phase will also act as an incubator and promote development in the surrounding area.

In the below photo we can see Minister of Economic Development Mrs. Giselle Mc William showing her support for the development agreement between JCC Development N.V. and CPA. Minister Mc William emphasized the importance of projects that bring new life to our city center and also thanked fellow Minister of Traffic, Transport and Urban Planning, Mrs. Zita Jesus-Leito and her team for their critical support. 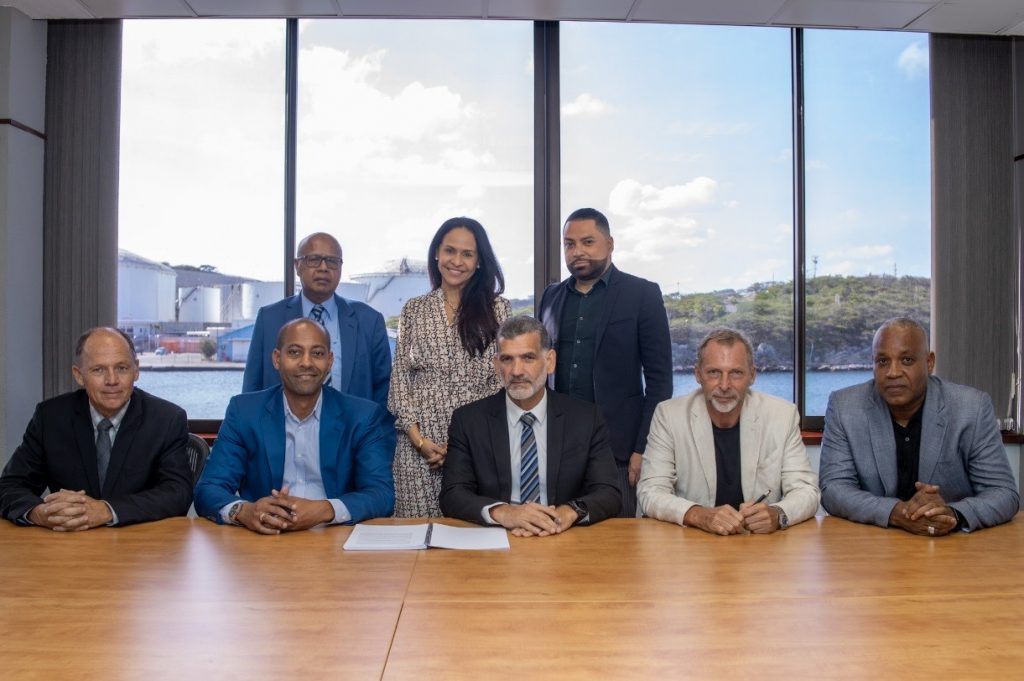