CPS was one of the first terminal operators in the Caribbean to introduce computer-assisted management systems to all aspects of its terminal operations. The Terminal Operation Processing System (TOPS) administers and processes all container movements on the terminal. Combined with the use of modern Electronic Data Interchange (EDI) technology via the Internet, data communication between CPS and its customers has made advanced planning possible through exchange of ship planning and terminal planning information. These combined techniques considerably reduce the time involved with ship and container handling and thus the turn-around time of the vessels.

The container and multi-use terminal are guarded and patrolled year round, 24 hours a day, by CPS’ own security force. Along with regular security services for the terminals, warehouse and office buildings, the security force is also in charge of implementing the safety regulations and monitoring the Reefer station at night and during non-working days.

CPS offers ample roll-on / roll-off and load-on / load-off operations at the container terminal. One Ro/Ro berth is situated adjacent to the gantry crane rail enabling it to offer simultaneous Ro/Ro and Lo/Lo operation. The transshipment containers are stacked according to port of destination, size and weight, which allows efficient pre-stowage planning and results in fast loading.

The Container Control department is situated on the ground floor of the main office building, offering fast, efficient and reliable handling of the formalities for inland haulage. 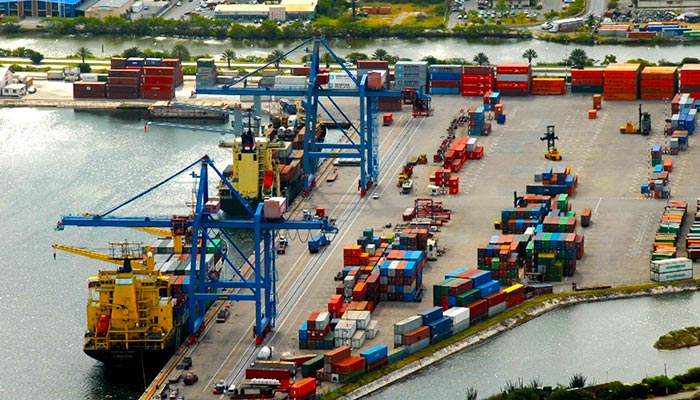 The maximum berth length at the container terminal is 460 meters and the maximum depth is 12.2 meters.

The general cargo berth’s total length is approximately 2,900 ft (879m) with drafts varying from 32-36 ft (9.7 – 10.9m). The terminal, a completely fenced-in area of 30,000 M² adjacent to the container terminal, is guarded and patrolled by our own armed security officers.

Curaçao is ideally located at the crossroads of trade routes between South America, the United States and Europe. In addition, Curaçao is (as part of the Kingdom of the Netherlands) an associate member of the European Union. As such, many products originating in, or partially processed on the island may enter the European Union duty free. Curinde N.V., a government owned agency, owns and manages two economic zones and the industrial zone. 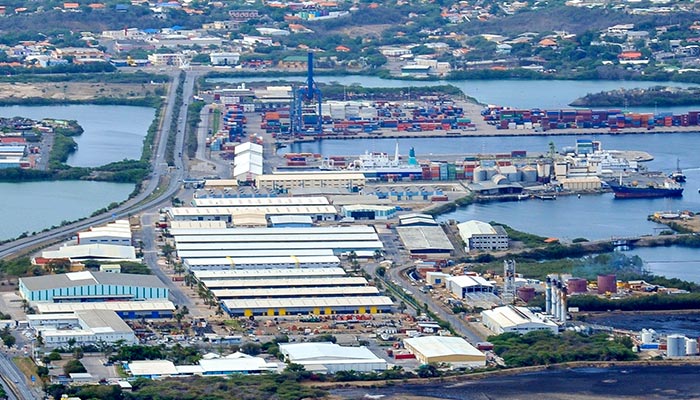 Curaçao’s first economic zone was established at the end of the 1950’s. The success of the Curaçao Harbor Free Zone and the public policy to further develop Curaçao as a logistics center within the region has resulted in the development of a second economic zone, the Curaçao Airport Economic Zone. At the economic zone you can import, store, package, present and produce goods as well as provide certain services. The highly qualified, multi-lingual (English, Dutch, Spanish and Papiamentu) personnel, the international financial services, the excellent infrastructure and the attractive incentives, make it very appealing for businesses to operate out of the Curaçao Economic Zone.